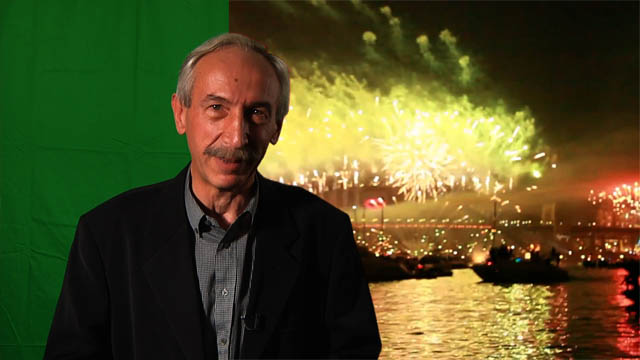 Green Screen is widely used in film, television and video production and New Hope Media has added a 6 metre by 3 metre portable green screen kit to its equipment and services.

Green Screen gives the ability to layer foreground video over back ground footage or still images seemlessly. The left side of the image above shows the original green screen foreground footage and the right side shows the final composited image with harbour fireworks keyed behind the presenter.

The green screen can be set up in any location or in our own facilities allowing both full motion foreground and background video to be composited together during editing.